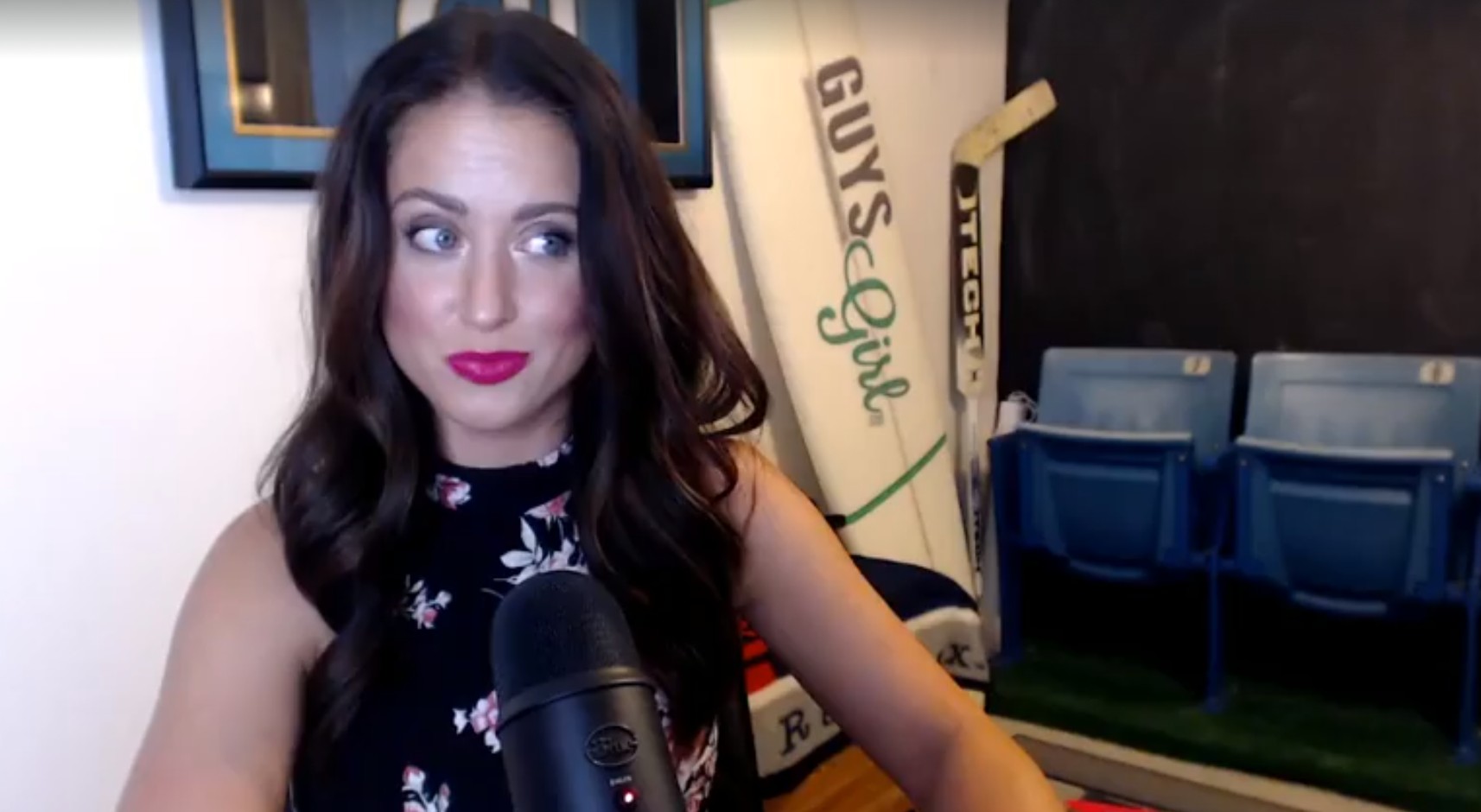 How I became obsessed with ‘Game of Thrones’

After the Jaguars football season was over, I decided to binge watch ‘Game of Thrones’ for the first time. And ever since then, I’ve become completely obsessed with the franchise. Hear me document how I watched all 6 seasons in 17 days, what it was like to watch Season 7 and why I love this franchise— all on a recent episode of Helmets and Heels. 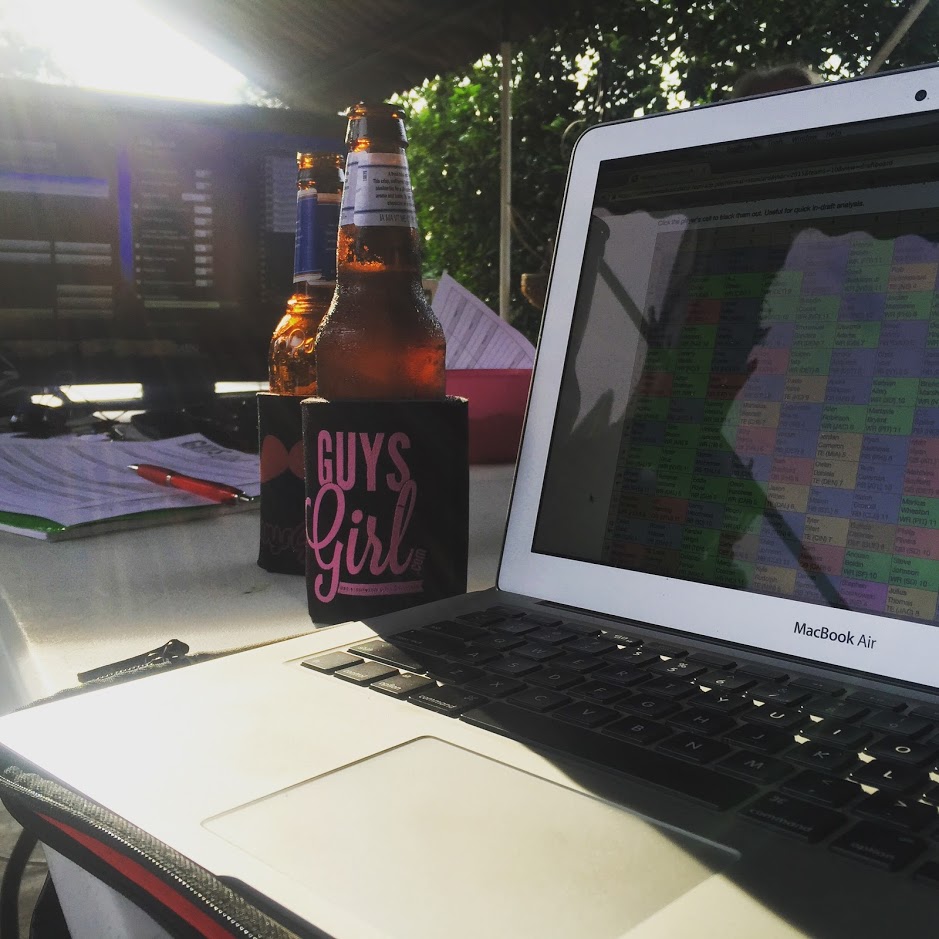 Sports Without Cable: How I cut the cord and still watched all the big games

Have you been wondering how to watch sports without cable? I just cut the cord and want to help you save money without missing your favorite team play! Why is makeup shaming at the gym still a thing?

Makeup shaming could be happening to you and you wouldn’t even know it! The ladies debate on what they think about women who wear makeup to the gym. Video game icon Lara Croft helped shape the gaming culture for women. Check out my revisit to the character in this Lara Croft cosplay 10 years later for the upcoming GAAM Adventure show. How to Survive the Stanley Cup Playoffs

If you’re a hockey fan, there’s a pretty good chance you’re submerged in a vat of Certified Grade A Playoff Agony right now. After two weeks of Stanley Cup Playoffs action, tensions are high and you need a survival guide. Kathleen Kennedy: The most powerful woman in Hollywood you’ve (probably) never heard of

With credits in Indiana Jones, E.T. and Star Wars—Kathleen Kennedy is probably the most powerful woman in Hollywood that you’ve never heard of. Let’s change that. Films starring women to watch instead of films with Casey Affleck

Casey Affleck has been getting a lot of press lately, and not necessarily for the greatest of reasons. While critics and award shows are giving him accolades and praise for his recent performance in Manchester by the Sea, many of the rest of us are looking on, incredulous and asking, “Really?” We only have three more football games left in the 2016 season. Let’s preview the AFC and NFC championship games, talk commercials during games, weird internet stories, new trailers for ‘Logan’ and another Power Rangers movie. Plus, I watched all 6 seasons of Game of Thrones in 17 days. Be sure to check out the end of the show where I talk about what a ride it’s been! The NFL would like for you to believe that every team has a shot, every season. But if the winning quarterbacks over the weekend prove anything, it’s that that parity is a myth. This plus more playoff talk, Raiders moving to Vegas, Taco Bell’s new concoction and recapping Game of Thrones seasons 4-5! The NFL Playoffs of 2017 are kicking off and in the latest show, we tackle the wild card round, head coaching searches and recap Game of Thrones season one. Jaguars fans can breathe a sigh of relief because the losingest coach in NFL history has now been fired. Along with Gus Bradley and Jaguars franchise future talk, we get into college players saying no to playing in bowl games, Christmas boobs and more.

Olivia Munn the cause of Aaron Rodgers struggles? PLUS Jalen Ramsey cries on sideline and Fantastic Beasts review

Is it fair to blame Packers QB Aaron Rodgers for his troubles on the field squarely on girlfriend Olivia Munn? This plus Jalen Ramsey feels the pain of Jag fans, Amazon to stream live sports, Fantastic Beasts review and more in the latest show. On the latest GuysGirl Show, we discuss the Jaguars angering their diehard fanbase by selling opposing team merchandise inside the stadium. Plus Kate Upton standing up for her Cy Young-less boyfriend, Harvard’s soccer team getting suspended over something ridiculous, Kellogg’s cinnamon frosted flakes, Nintendo news, Fantastic Beasts AND MOAR How do you get over bad football losses? + Biggest stories on the internet you need to know about

TLDR SHOW INFO How do you deal with bad football losses? Not the kind where you lose one big game but facing losing season after losing season for a long period of time.  I faced that challenge after another shitty Jaguars season where I have to decide if I want to...

Nintendo hasn’t been a console that is considered a must-buy in years. But with the new trailer for Nintendo Switch dropping today, that will change very soon. As in right fucking now. Everything we know about Star Wars spinoff ‘Rogue One’

Rogue One: A Star Wars Story hits theaters in just a couple months and with the release of the second official trailer, we dive into everything we know about the new spinoff. 10 Halloween Movies That Will Still Give You Nightmares

In the tradition of my Christmas Movies For People Who Hate Christmas and Infinite Sports Movie Playlist comes my latest collection just in time for Halloween:  my all time 10 favorite horror movies. Like any list, this one is completely subjective, and there are only...