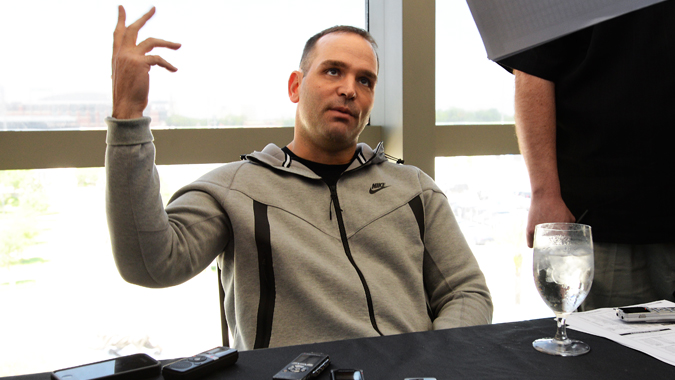 During his tenure with the team, Jaguars GM Dave Caldwell has been heavily criticized for past draft selections and free agency pickups.

But after the Jags surprising 2017 start to the season—where playoffs are a strong possibility—is it time for Jag fans to apologize to Caldwell?

Short answer? Yes. Yes it is.

As I explained in the video, I believed all offseason and even leading into this season that Caldwell should have fired at the same time former head coach Gus Bradley was let go.

If you don't bring in Kaep, tank the season, get Caldwell outta here, throw a stack at Kirk Cousins and draft a QB in the first round.

But with a new(ish) head coach in Doug Marrone and Tom Coughlin’s leadership at the top, Caldwell is quietly exceeding expectations for both his past draft picks and free agency pickups.

Yes, Caldwell missed on the most important position in football but he also helped to scout last year’s league MVP Matt Ryan and passed on Tim Tebow with the infamous ‘even if he’s released’.

Just halfway through one season with Doug Marrone scheming players to fit their talents, the Jaguars are poised to win the AFC South and have already accumulated their win total from the previous season—through the first 7 games.

I think it’s time for Jaguars fans, including myself, to apologize to Dave Caldwell. SUBSCRIBE AND SEE THE BEST IN SPORTS, ENTERTAINMENT AND THE FEMALE FAN LIFESTYLE.