Which Movie Was Worse: Star Wars Episode One or Indiana Jones: Kingdom of the Crystal Skull? A debate among friends brought about an inherent question that deserves to have an answer to all geeks out there. Which movie, from arguably two of the best movie franchises in Hollywood history, was WORSE: The Phantom Menace or Kingdom of the Crystal Skull?

Posting this question on both Facebook and Twitter sent avid and casual fans into a heated, often one sided debate. Hundreds of comments later, I’m still not convinced.

Between Jar Jar Binks and a swinging Shia through the trees with a bunch of monkeys, which movie could you actually sit through and watch if it was the last movie you would ever see? 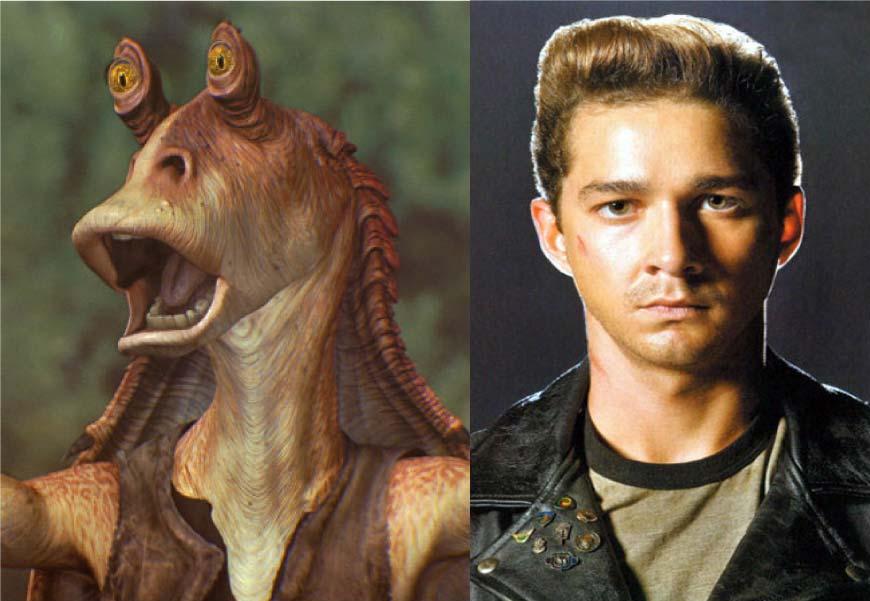 The most surprising thing about this debate was the utter hatred for Indy 4 from movie geeks across the board. While we have stated obvious oversights on both movie franchises in their respective garbage movies, does one really out weight the other?

Star Wars: Jar Jar Binks was introduced in EP1 and became of the most hated characters in any movie, of all time. The movie’s main highlight was centered around the race of childhood Vader. Jar Jar Binks was terrible but the main greif is that the movie was just plain boring.

Indiana Jones: Shia Lebeouf is the Jar Jar Binks of the Indy series [though I’m not sure why] and most fans hated the would-be Indy replacement. Perhaps they had good reasoning based off the poorly chosen scene choices such as swinging in the vines with the monkeys and the swordplay. It also seems as if the aliens were a bit too much for the casual Sci-Fi fan.

Let’s take a look at the actual comments by fans of both franchises on why they specifically chose to hate one movie over another.

“Indy was Worse” comments definitely outweighed the “Ep 1 was Worse”. And admittedly, were far more passionate about their decision. 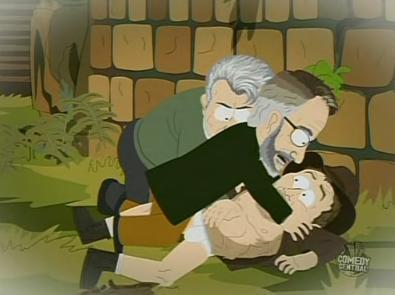 Indiana Jones was worse. Darth Maul was pretty awesome. He probably saved Ep1 from all the Jar Jar Binks’ness.

Brock Suriano I’m gonna have to go with Crystal Skull… Pretty cheesy and gay!! At least episode 1 still had Jedis and light sabers!!

Michael Benson I almost walked out when he (Indiana Jones) survived the explosion inside the tumbling fridge.

I am with Jason. The only reason I would say Indiana Jones was worse is because of one man… Darth Maul… EP 1 would have amazing if Jar Jar would have died hahahaha. Now take out the 15 mins of Indiana Jones (monkeys-vine swinging scene) and you have a tight race!!

@TDJaxTim I asked the resident geeks (3 of us) we weighed – acting, story, and affect on franchise. Indy4 edged TPM by %.01

While the majority of comments received were anti Crystal Skull, there was some support on the Indy side. Read below for the fan comments…

Matt Brown Star wars ruined a bigger franchise and fantasy. On a side note : that mini aniken needs a bullet through the head. Just sayin. Crystal skull was bad but at least they have a better ratio 3:1 vs. 3:3 good to bad. Numbers don’t lie.

Blythe Brumleve Darth Maul and Qui Gon Jinn were pretty awesome in Ep 1. Besides swinging in the vines, fridge and driving a car off a cliff onto a tree; Indy 4 had similar action and humor as the rest. Ep1 has always just been, boring. Can only watch it in pieces.

@meltyourfaceoff (Ep 1) Not worse than Ep2, which was, the worst movie ever made. I would prob watch Indy 4 before Ep1. Probably.

@Stillsy5 Ep 1is like the red headed step child. Indiana is more similar to ur son saying he is gay. Disappointing but acceptable. You should have asked if stuck on an island which 1 to watch over & over. I won’t watch episode 1 again…ever..

My Personal Opinion: In Defense of Indiana Jones: Kingdom of the Crystal Skull

With about 70% of the comments and replies to my question as being firmly against Indy 4, I’m stubborn and refuse to be swayed.

I really enjoyed Indy 4. With the exception of the few scenes, it still contained a similar plot line  as the previous three based on historical facts and theories. It had the same sarcastic humor, a friend that betrays Indy, a love interest and a symbol that the torch might be passed soon to Shia.

Much to the groan of geeks everywhere when I say this, Shia is NOT a terrible actor. I actually really enjoyed him in this movie (except the monkey/swinging vine scene) and have enjoyed him in the past in movies like iRobot and Eagle Eye. Do I pick apart a lot of movies? Sure. But a couple bad scenes in a movie is not the actors fault, it’s the director who should have made the call to keep or remove a scene in a movie.

The worst scenes in the movie were clearly the swinging in the vines like a damn monkey and running a car off a cliff, to land on a friggin tree and then land safely into the water. I still hate both of these scenes with a passion. Another thing I noticed is that CS (Crystal Skull) seemed to lack the rich history depth the other movies conveyed throughout the whole movie. CS had some history, but it could have used a lot more.

The best part about the movie was the ending. I absolutely loved it. When Indy’s hat blew away to Shia’s feet and it looked as if he were about to put it on to show the symbolism of the “transfer of power”, Harrison grabs the hat away and puts it back in its rightful place as if to say “not so fast kid”. That is Indy’s personality at its finest.

While I am a HUGE Star Wars fan, If  EP1 is on,  I change the channel after 30 minutes, maybe an hour depending on how lazy I am for that day. Besides the first time seeing EP1, I have never watched it start to finish again.

Perhaps I am blinded by my love of all things Indiana and Han Solo, but I’m ok with it.

While both movies were met by fans with HUGE expectations, no fan actually expected the movies to have as many oversights as they did. Though no movie can live up to these kind of fans expectations, there were still many points in each movie that could be enjoyed.

Perhaps the greatest compromise could be what twitter user @mike100377 suggested: I would watch Indy 4 and have the end edited to be the lightsaber fight (between Darth Maul and Qui Gon Jinn) from Episode 1.

Sounds like a little piece of heaven to me.

What do you think? Do you agree with most of the fans questioned that Indy 4 was worse than Episode 1? Let us know why in the comments….