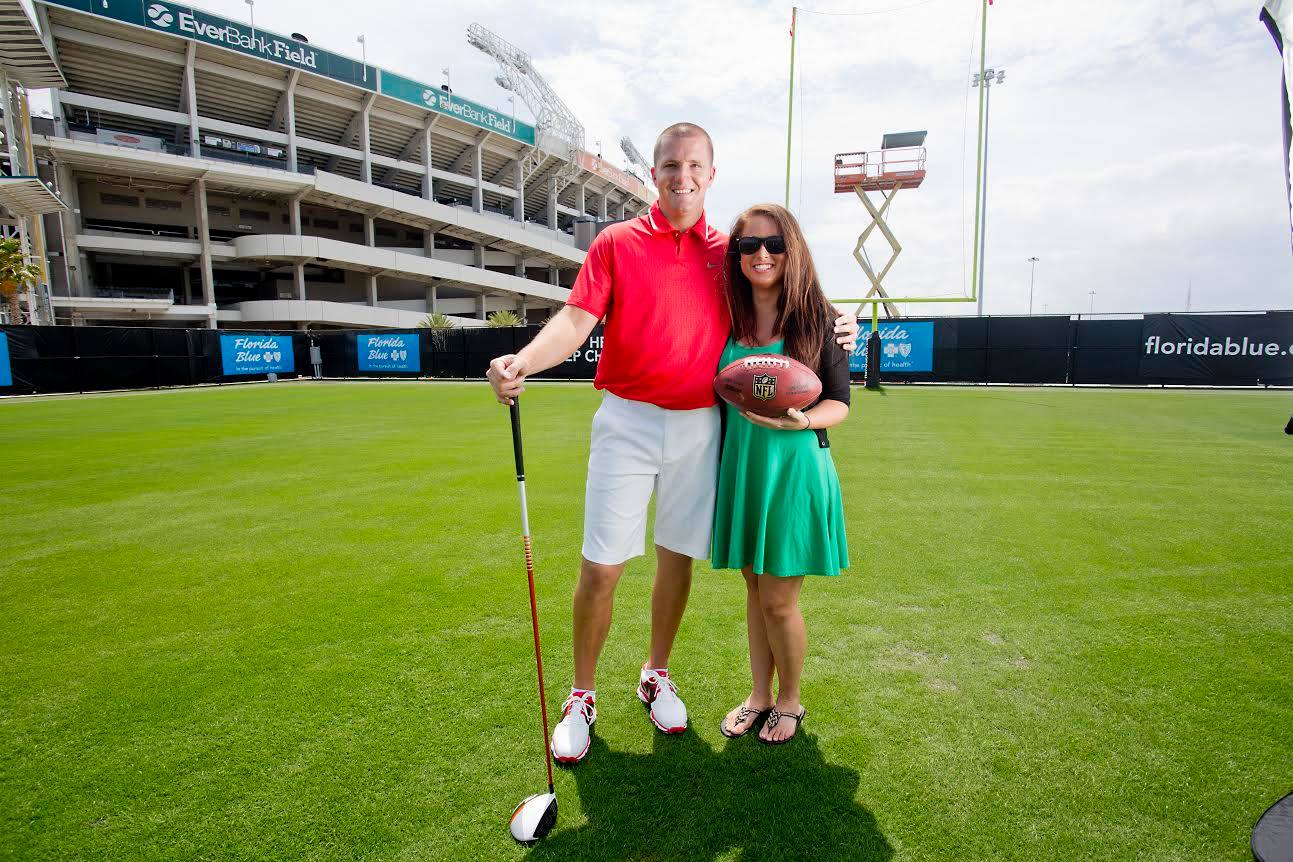 Former Jaguars kicker and now avid fan Josh Scobee joined ‘Helmets and Heels’ to talk about what the team’s recent success means for the franchise, city and most importantly, the fans.

One of my first interactions with an NFL player was with Josh Scobee.

After running the GuysGirl blog for a couple years, I was given the chance to go on the field before a Jacksonville Jaguars home game. This was well before I ever worked at Void Magazine or 1010xl, therefore, the fan in me was screaming with joy at the thought of meeting some of my favorite players.

One of those players was Josh Scobee who — when I went to introduce myself — already knew my name based on the infamous #JaguarsTwitter. It was a top career moment for me because it was the first time I ever said to myself, “I think I got something here with this whole sports-blogging thing.” While that moment was huge for me personally, it’s just one of many things he’s done in the Jax community over the years making him an all time fan favorite.

More than a decade later, Scobee would retire a Jag and now finds himself watching along with the fans. And after Sunday’s big win, we decided to reach out to one of the few people who give the full perspective of what this season has meant.

Listen to Josh Scobee’s perspective via the video below starting around the 1:18:36 minute mark.

It’s not said enough how much the Jaguars, Shad Khan, and the team has meant to the city of Jacksonville. So to hear from a former player on the impact it had on this fan base brought tears to my eyes.

There’s no doubting Sunday’s matchup against the Goliath that are the Patriots will be a tough one. And I know a lot of NFL fans are rooting for us all over the country as the bandwagon continues to pile up. But there is something special about this season that only the die hard fans can appreciate.

The interview is well worth a listen but if you’re into catching allllll the Jaguars feels, be sure to check out the rest of the show from start to finish via YouTube or podcast.

LISTEN TO THE SHOW

The Jacksonville Jaguars beat the Pittsburgh Steelers in the 2018 divisional round of the NFL playoffs. But do the Jags stand a chance against the New England Patriots in the AFC Championship game? We break all this down, debate bridal expos vs football games PLUS former Jags kicker Josh Scobee joins the show to talk kicking strategy and what the playoffs means for the city of Jax.

Intro – Recapping the big playoff win over the Pittsburgh Steelers which may or may not have included burning stuff
18:48 – Bridal Expo or Jaguars game?
38:38 – The changing narrative around Blake Bortles
58:32 – A Patriots fan gives insight on how the Jaguars can win
1:18:36 – Former Jaguars kicker Josh Scobee talks about what the team’s turnaround means for the city of Jax.
1:38:16 – Other NFL playoff matchups and football picks!